The name of 'social policy' is used to refer to the policies which governments use for welfare and social protection, to the ways in which welfare is developed in a society, and to the academic study of the subject.

In the first sense, social policy is particularly concerned with social services and the welfare state. In the second, broader sense, it stands for a range of issues extending far beyond the actions of government - the means by which welfare is promoted, and the social and economic conditions which shape the development of welfare.

Social Policy and Administration is an academic subject concerned with the study of social services and the welfare state. It developed in the early part of the 20th century as a complement to social work studies, aimed at people who would be professionally involved in the administration of welfare. In the course of the last forty years, the range and breadth of the subject has developed. The principal areas relate to

Social Policy is a subject area, not a discipline; it borrows from other social science disciplines in order to develop study in the area. The contributory disciplines include sociology, social work, psychology, economics, political science, management, history, philosophy and law.

Welfare is an ambiguous term, used in three main senses:

Welfare is often associated with needs, but it goes beyond what people need; to achieve well being, people must have choices, and the scope to choose personal goals and ambitions.

The idea of the welfare state means different things in different countries.

The most prevalent model in much of Europe is probably the third, strongly identified with the idea of solidarity and mutual aid. (1)  It follows that the entries on the 'welfare state' in the Encyclopaedia Britannica or Wikipedia are misleading; they assume that the welfare state is "a concept of government" and that government pays for welfare.  Neither is necessarily true.

This section repeats some definitions from another page of this website, which looks at models of welfare provision in several countries. If you would like to read more about the welfare state in an international context, you should go to the page on welfare states.

The basic arguments for collective provision are

There is scarcely a government in the world that does not recognise the force of these arguments and make some form of collective social provision. The real disputes are not about whether welfare should exist, but about how much provision there should be, and how it should be done. 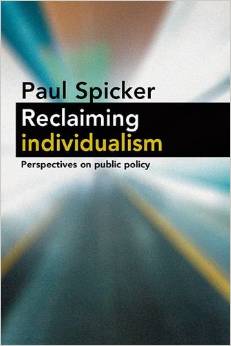 The main objections to the provision of welfare come from the ‘radical right'. They are against welfare in principle, on the basis that it violates people's freedom. Redistribution is theft; taxation is forced labour. (2) These arguments rest on some questionable assumptions:

The radical right also claim that the welfare state has undesirable effects in practice. Economically, it can be argued that economic development is more important for welfare than social provision. Dollar and Kraay, for the World Bank, have argued that property rights and a market economy are essential for growth and so for the protection of the poor. (3)  It would not follow that welfare is unimportant.  The other main argument is that the welfare state undermines economic performance. This position, reviewed later in the section on the economics of welfare states, is not consistent with the evidence.

In social terms, the welfare state is accused of fostering dependency and trapping people in poverty. (4) Evidence on the dynamics of poverty shows that poverty and dependency are not long-term, but affect people at different stages in the life cycle; the population of welfare claimants is constantly changing. For most people in developed countries, poverty is transitory. (5) Where poor people are separated and excluded by welfare, this is mainly the product of the kinds of restricted, residual system the radical right has been arguing for.

Who is welfare for?

This question can be answered in many ways. Welfare might be seen as being for people who are poor or in need; it might be a form of social protection; it might be the right of every citizen. There are many possible models: here are four of them.

‘social investment is about investing in people. It means policies designed to strengthen people’s skills and capacities, and to support them to participate fully in employment and social life. Key policy areas include education, quality childcare, healthcare, training, job search assistance and rehabilitation.’ [6]

The right to welfare

Although the receipt of welfare is often framed in terms of rights, rights mean different things in different places.
There are welfare regimes which offer a degree of solidarity to citizens, but they do not necessarily guarantee individual rights to support.  In Turkey, government-funded social assistance is administered by autonomous charities on a discretionary basis.[10]

Universal benefits and services are benefits available to everyone as a right, or at least to whole categories of people (like 'old people' or 'children'). Selective benefits and services are reserved for people in need. The arguments refer to the same issues as 'institutional' and 'residual' welfare, but there is an important difference. Institutional and residual welfare are principles: universality and selectivity are methods. A residual system might use a universal service where appropriate (e.g. a residual system of health care might be associated with universal public health); an institutional system needs some selective benefits to ensure that needs are met.

Universal services can reach everyone on the same terms. This is the argument for public services, like roads and sewers: it was extended in the 1940s to education and health services. The main objection to universal services is their cost - but in the poorest countries, universal services like Essential Health Care Packages have been used to hold down costs strictly. Selectivity is often presented as being more efficient: less money is spent to better effect. There are problems with selective services, however: because recipients have to be identified, the services can be administratively complex and expensive to run, and there are often boundary problems caused by trying to include some people while excluding others. Selective services sometimes fail to reach people in need.

The grouping of particular countries tends to be unreliable, but the classification may help to understand some of the main patterns of provision. This table shows rates of economic exclusion in five countries. The blue bars at the front show the proportions of poor people; the red bars the "poverty gap", how far those remaining fall below minimum standards; and the green bars at the rear the numbers of people before transfers and taxes. Social protection in the UK and Sweden is institutional, but the UK offers less to poor people, both in the numbers of people brought out of poverty and in poverty reduction. France is solidaristic, but its performance has still secured coverage as good as the institutional welfare states. The German system is work oriented: it excludes some people who have not contributed, and it does not extend to those on the highest incomes. The system in the USA has substantial residual elements, and social policy is often hostile to the poor. It has fewer people in poverty before transfers than France or Germany, but it fails to bring people out of poverty and the poverty that remains is more severe.

The economics of the welfare state

Social policy is to a large extent dominated by economic policy, because much of it in practice is determined by government, and economic policy determines the amount that government is prepared to spend. There are two main views of public spending: monetarist and Keynesian.

Keynes: "the man
who saved capitalism".

In recent years both views have been supplanted by a new financial orthodoxy, which combines government regulation with market-based provision, "targeted" expenditure and balanced budgets.

Many public services are provided not by the state, but by combinations of state, independent, mutual and voluntary activity - a 'mixed economy' of welfare. State welfare is often assumed to depend on finance through taxation. However, taxation is supposed to do many things at once: the aims include

The finance of public activity, meanwhile, depends not just on taxation, but on

It follows that while welfare services can be paid for by taxation, the terms are not simply equivalent.

The welfare state and economic performance

There are competing views of the impact of social welfare on the economy. One view, the 'handmaiden' model, sees welfare as an essential complement to industrial development: social policy helps the economy to grow by serving the workforce, providing services to industry and offering a secure basis for development. This has been the dominant model in Germany . Keynesian economics sees spending on welfare as a useful economic regulator, helping to balance the economy in periods of recession. On the other hand, both neo-liberals and marxists have represented the welfare state as a major burden on economic performance. Public expenditure is seen as a fetter on economic growth .

The graph, showing the relationship between welfare spending and national income (GDP), is drawn from OECD data. It is possible to give the impression that the relationship is negative or positive, by selectively excluding some results, but the truth is that it shows no clear pattern. Beyond the OECD - an organisation that covers the main industrialised Western countries - the general trend is that richer countries tend to spend higher proportions of their GDP on social protection.

The 'crisis' of welfare

The term "crisis" is used fairly indiscriminately by critics of the right and left. From the perspective of the right, welfare is undesirable and economically damaging. To Marxists, welfare is often represented as unsustainable. Neither position is supported consistently by the evidence, but as both positions are held on faith they have been impossible to dislodge.

Pierson points to three main uses of the idea of a "crisis". They are:

The Washington Consensus argued for liberalisation of economies and reductions in state involvement in the economy; this led to the imposition of 'structural adjustment'. The arguments for 'austerity' in Europe have followed a similar pattern. This approach has not been prompted by patterns of welfare expenditure.